Two weeks ago on Wednesday, October 21st we had a court hearing where three items were heard by the honorable judge Smith.

Second – the City attempted to dismiss all points in our litigation.  Our legal team did a fabulous job, the three counts we were able to hear were all denied by the judge which essentially means the City’s position to dismiss our litigation was denied.  After the third heard dismissal was denied the judge redirected discussion to state the final hearing on all points is clearly going to take longer than two days and all parties agreed and began to discuss logistics of a November court date.  At the conclusion of the discussion the judge ordered a mediation of both parties as well as a status update in two weeks.

Since the Oct 21 hearing the city and association have had new found collaboration to modify the ordinance.  Almost every other day both attorneys have discussed many opportunities for collaboration.  It has not been a bed of roses and frankly in some cases our collaboration took several steps back but it seems November 3rd both parties took a huge step in the right direction.

November 3rd was the start of depositions the City requested prior to the tentative mid-November court hearing.  Depositions of one plaintiff as well as Island Real Estate and Anna Maria Island Vacation Property Association were taken November 3rd by the city.  In addition to depositions November 3rd the status update with judge Smith was scheduled for 4:30 PM.

Most importantly after the AMIVPA deposition both attorneys were able to discuss plans for the 4:30 PM hearing.  The attorneys were able to come to an agreement on several very important points.
A)  The City would delay all depositions unless a plaintiff traveled a far distance to make the scheduled deposition.
B)  Both parties agreed to cancel the mid November court hearing with Judge Smith
C)  The association agreed it was in both parties best interest to allow the City to vote on an updated ordinance.

The last point above is critically important as we anticipate the City of Anna Maria will have a first reading on a revised ordinance November 4th, 2015 at 6 PM.  We anticipate the ordinance has been improved and hope the diverse collaboration that took place the last two weeks will provide a productive result.

Finally, we do have mediation scheduled in the next week and hopefully with a first reading of a revised ordinance the scope of the mediation is much reduced and provides more opportunity for our mediation to be productive.

On a side note, Mrs. Carter, Mr. Woodland and Mr. Copeland won the election for the Anna Maria City commissioner seats in our November 3rd local election.

Holmes Beach and Anna Maria City vacation rental inspections are underway. Here are some things to remember during your Holmes Beach inspection.

If you have a property in Holmes Beach you should have received a letter from Chief Tokajer by now dated September 1st, 2016.  It explains a few details regarding the vacation rental ordinance which affects all weekly rentals in Holmes Beach.  One detail not discussed in the letter is the requirement to move all rental… 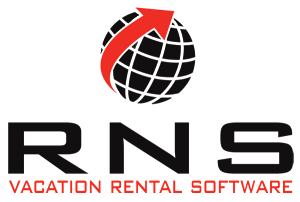